Educating Women for an Educated Nation 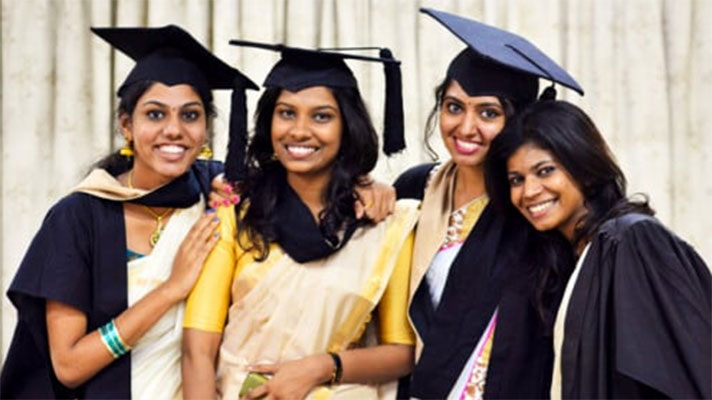 The above- mentioned proverb is reflective of the importance and essentiality of educating the women of the nation. Only if a woman is educated can she educate her family, and when a family is educated, the whole locality gets educated. Consequently, when educated localities come together, they collectively educate the whole nation. To educate a woman means to educate a life. This life is the life of the child that a woman nurtures. When a woman nurtures a child, she enables him to evolve into a better human who ultimately leads to a better future.

It is seen in the above lines that the education of a nation lies at the grassroots level of educating a woman. Education means to develop holistically. It is a well- acknowledged fact that the dual burden of managing the house and working outside lies on the shoulders of a woman. A woman is primarily responsible for all the domestic duties. It is the way a woman treats and takes care of her family that gets reflected in all the social relations and the behavior of her family members.

A better future is a result of a nation that has better humans in it. As given in the title of this essay, a person who leads a better life has a great scope for a better future. This better life can only be achieved if better and qualitative education is provided to all. Here, education is not only talked in terms of formal educational institutions. Rather, it has a much broader context. The education of a person starts at his home, between his family members. That is why it is said that knowledge and learning is acquired whereas education is received in the form of experiences. The family of a person is the primary source of education that a person receives, and it is in this family that the role of a woman (mainly as a mother, and slightly as a sister, grandmother or aunt) is perceived as the backbone of a strong family, which in turn, leads to a strong nation.

On the other hand, it is seen that a nation which lags behind in its successful development is often influenced by uneducated women. Women who are not given the opportunity to educate themselves are termed as “uneducated” and because of this, they nurture their children in a way that mostly makes them develop immoral habits like stealing, killing, abusing, fighting and so on. These children grow and develop into adults who possess a higher level of these immoral practices. A nation therefore, comprising of such adults and children is bound to have no good future prospects and can only remain underdeveloped.

Thus, to conclude, educated women are the pillars of a strong and a developed nation. It is only because of the education and empowerment of women (especially as mothers) that people develop into good humans and spread an aura of peace and human morality around them. Such an aura encourages a person to lead a better life which in turn ensures a better future. This better future is not only related to better career prospects but also to better living standards and moral ethics. Therefore, rightly it is said that women education is the key to a highly developed nation in which people live a better life and have a better future.